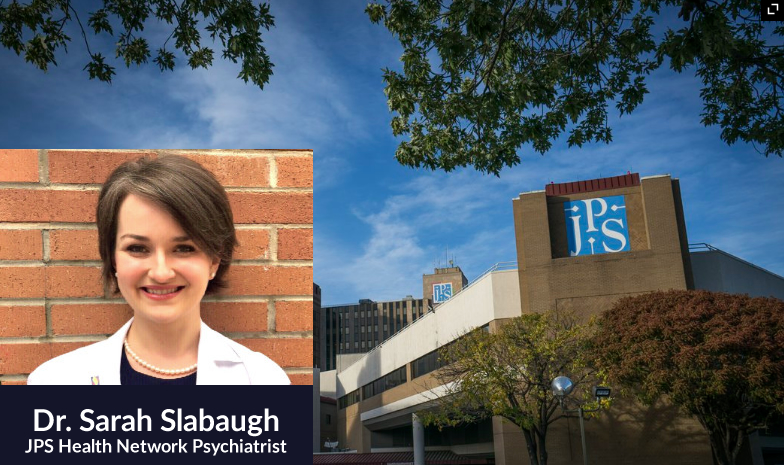 Please do your research and get a second opinion on ANY prescriptions you are given from Mrs. Sarah Slabaugh ( Psychiatrist) in the JPS Health Network Trinity Springs Pavilion.

About a year ago I was having a particularly stressful time in my life. I am a single mom and was facing financial and relationship problems, going through hardship in life. At first I was having a hard time sleeping correctly, and then it got worse and my family began to get worried. It came to a point where I also wasn't able to eat right, so my sister and I went to JPS to get help.

Although I had not eaten in over 2 days, I was there for 12 hours and they only gave me crackers. My sister was losing her patience with the nurses and staff and told them she could go pick me up food, but they said it was not allowed at all. They drew my blood, ran a lot of tests and gave me some medications.Then they released me that same day around 3 am, and gave me 3 new prescriptions to take.

Within 10 hours of being released my behavior was changing drastically the next day around 1pm . I began to exhibit violent and aggressive behavior and arguing with family. The anxiety medication they gave me had serious side effects and JPS did not keep me long enough to monitor me and make sure I didn't have an adverse reaction to the medications. Things got much worse and I ended up going back to JPS Hospital the very next day.

The second time I was there they took more blood, ran more tests and had me speak with multiple nurses. Each person would ask me the same questions over and over. They would ask if I was thinking to harm myself or others, and each time I would say no. After they had medicated me again, a bit later another nurse came in and asked me if I had EVER thought about harming myself or others, and I said yes. Everyone has at some point of their life, regardless of who they are. This doesn't make me sick, it makes me human. After that, the nurses concluded I was suicidal and they said I would stay hospitalized for a few days.

I was in the Psychiatric wing for 10 days, held there against my will, because I had spoken the truth and admitted that in the past I DID have thoughts of harming myself or others. Most of the nurses were rude and would force me to take 6 different medications. Theresa was a kind and caring nurse there and she made the stay there much less stressful.

There was a dark nurse with circular braids that was very rude and inconsiderate all the time. When my sister went to look for me the first time, they told her I was no longer there, but it was not true. They lied to my family, supposedly to protect me and because of the HIPPA laws. Thankfully my sister spoke with someone who actually helped and they found me.

During my stay there they would move me out of my bed at night, without my permission, and I woke up once when they were headed with me to the elevator, they seemed surprised that I was aware and awake and the nurses and police would go down some hallways that were all concrete and did not look like the inside of the rest of the hospital. The nurses and police seemed nervous that I was awake and talked among themselves about where to take me or what to do next. I also remember that the medicines that they gave me caused me to have some type of hallucinations at night and also to feel very tired.

Thankfully I was well fed and I did notice my appetite improve over time during my stay. They would give me Ensure and different types of supplements to help with the weight I had lost. I was able to get in a normal routine for eating and overall my mood improved once I was eating right.

I also began to make friends with other girls there, as well as join different discussion groups and participate in the various activities. I enjoyed when they would take us outside and when we spent time in the game room. I made 3 new friends during my stay, and we would give each other hope and encouragement that "this too shall pass." I noticed that many of the girls there had alcohol or drug addiction problems and we would share stories of hardship, laugh together and keep each other company. We exchanged phone numbers and agreed to keep in touch.

I was discharged and was given a total of 6 different prescriptions by Mrs. Sarah Slabaugh, who I have since researched and noticed she is very new to the medical field. I was somehow diagnosed with Major Depressive Disorder as well as Alcohol addiction, neither which feel like the correct diagnosis. I was having challenges eating correctly, so I should have been diagnosed with some type of eating disorder. I have never been addicted to any type of drug or alcohol in my life, and have no other history of this type of behavior in the past. While it is true I was experiencing anxiety and overwhelm initially, an isolated incident is not enough evidence to be given those diagnostics and prescriptions.

After going home I decided to stop taking ALL the medications and instead got assistance from my family to stay on a healthy eating schedule. I began to feel like myself again, and to recover and regain my strength. JPS would call me to say that I can pick up my prescriptions for free at any time and that I needed to keep taking the medications otherwise I would get sick again. They gave me phone numbers and clinics to call for ongoing meetings and counseling, none of which I was interested in, nor felt like I needed.

I believe I was not the only person who was diagnosed correctly. There were other women there who had shared some traumatic experiences they had had in the past and they were diagnosed as bipolar or zichrophenic. Having traumatic experiences and recurring nightmares about those experiences does not mean you are mentally ill, it means that you need to heal and process that experience. Also one of my friends who was released shortly after I was, was given no medications at all. She had told me she was there for trying to commit suicide, and was NOT given any type of medication when she went home. I thought that was very odd, the people who really NEED medication, aren't receiving it, and those who don't need it, are.

JPS was not trying to help me, they gave me a medicine that I had an allergic reaction to and it caused me to go back, then they used that as an excuse to keep me there against my will. They diagnosed me incorrectly and prescribed me medications that I did not need. Also since they are Government funded, It seems like their main goal is to make your stay there as expensive as possible, not to really cure you and help you feel better.

It has been almost a full year and I have not taken any of their prescriptions and my life is back to normal. I still have a $20,000+ medical bill from JPS, and have called many lawyers for help and nobody will touch JPS because they are government funded. They are untouchable and give people prescriptions they don't need, that they could have allergic reactions to without monitoring them, as well as incorrectly diagnose people. Please do your research and if possible get a second opinion on ANY prescription or diagnostic from this place. 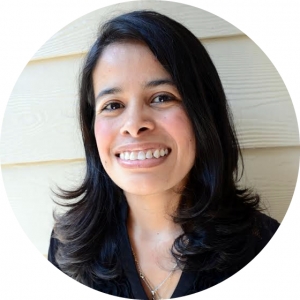 Hello : ) I am a Spiritual Teacher, Yogi, & Creative

I believe that CREATION is the hallmark of all happy people! Every day I help people from all walks of life to turn resistance and resentment into RESILIENCE.

I offer mind-set and heart-set sessions to help you create harmony in your mind and heart, and align you with truth and union!